Beer, bullets, bad luck and broken hearts. Angry Johnny and The Killbillies are Norman Rockwell's worst nightmare come to life. Take a trip to a town called Killville where nobody gets out alive and about the best you can hope for is a quick and painless demise.
A lot's been written about this band in places like Billboard, Stereo Review, Entertainment Weekly and countless other rags. But these murder ballads and tales of woe weren't meant to be read about in a magazine, they were meant to be listened to full blast on a crappy sterio in a fast car, barreling down a dark and lonely highway heading to nowhere.
So drink'em up, smoke'em if you got'em, laugh and punch that hammer down, say a little prayer, hang on and enjoy the ride.
Song by song the body count continues to rise, and the broken hearts and busted dreams keep pilin' up on the ground as you press the accelerator down a little harder. That cracklin' Delco spits out an endless stream of revenge, damnation, double crossin' and the occasional redemption. With a tear in your eye and a beer between your legs you laugh as you gain speed. Yeah, you may be going nowhere but you're going nowhere fast. The crosses on the side of the highway fly by in a blur, Old Scratch is grinnin' in your rear view and you just can't get her face out of your head. You realize that Heaven must not want you 'cause God don't hear your prayers. One step ahead of the Devil with the pedal to the floor, you call her on the cell phone and you tell her you're gonna play the saddest song she ever heard. There ain't no stoppin' now..... 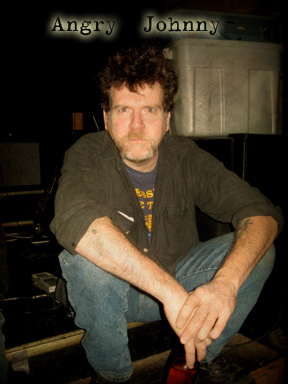 Angry's the guy yelpin' out the tunes and bangin' on his crappy guitar like it just insulted his mamma. You wouldn't think this whiskey swillin' monkey could even read nevermind write some of the darkest murder ballads and most heartwrenching love songs you've heard in decades. 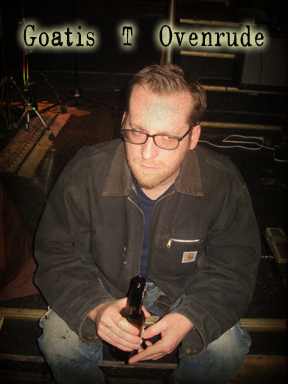 Goatis T. Ovenrude was well on his way to becoming the nation's next great classical guitarist....then he met the Killbillies. He traded fame and fortune for obscurity and long stinky rides in the Crankyville Trolly spreadin' the Killbillie gospel. God bless him...maybe he'll be rewarded when he reaches the other side. Slabs Theilman, mastermind of the infamous Amherst Monkey Museum Heist of '79' is back punchin' the crap out of his splinter bass.

A founding member of Angry Johnny & The Snots (which ultimately would become the Killbillies after a convoluted more ...

Scot Coar, the official recorder/producer of the Killbillies and all around musical genius.He recorded and produced Puttin The Voodoo On Monroe at his Sow's Ear Studios and is currently working on the boys' new album. 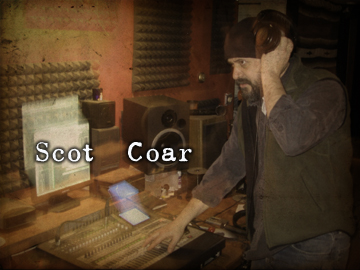