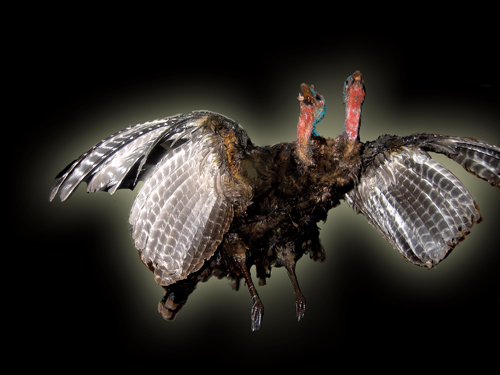 This two-headed turkey was killed in the fall of 1971 when it flew full speed into the side wall of Johnson's General Store. According to old man Johnson it appeared that the two heads were each attempting to head in opposite directions. By the time they got their act together it was too late. Johnson had it mounted and proudly displayed it in his store until it developed an unfortunate infestation of weevils. It was donated to the museum in 1984.